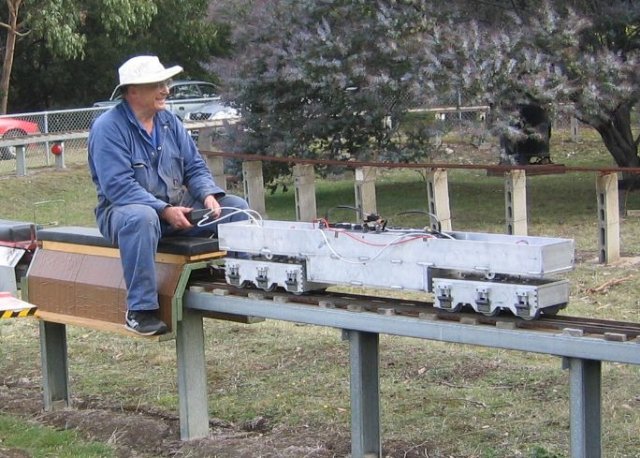 One Mans idea of a battery-electric loco

This project started out as a simple 5-inch gauge, 4-wheel battery-electric using one of the 300 watt motors currently being sold by Oatley Electronics. As I began designing it, it slowly grew into a 4-motor, two bogie Co-Co monster and has finished up at 1.7m long and over 200Kg!

I wanted to keep the construction as simple as possible (to match my engineering skills...), so the chassis and bogie frames are all flat, 10mm aluminium plate. I started out fastening it together with LOTS of 10/24 dome-head socket-head screws, but very quickly got fed up with that game- a quick call to an aluminium welder friend of mine took care of that little problem- thanks Tricky. The bogie frames are screwed together though, as the cast iron axle boxes run directly on the aluminium and I might need to repair them one day due to wear from the axle boxes. 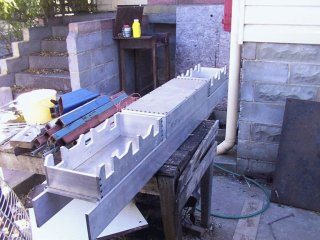 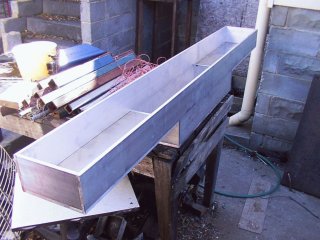 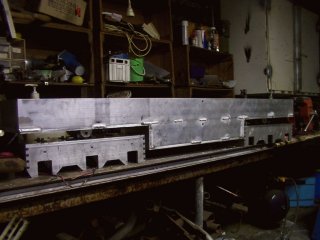 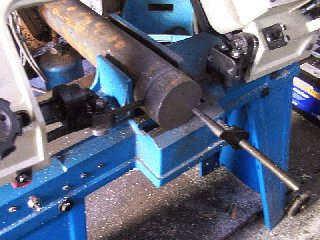 The axle boxes were made from a 75mm diameter, 400mm long piece of spun-cast cast iron cut in to 30mm thick slices (by my bandsaw- it's much easier on the arms!). I then proceeded to machine the round bits into much smaller square bits, in the process reducing the weight of the bits by over half- it's amazing the shapes the manufacturers of the metal manage to hide in their metal. Who would have thought that there were 12 perfectly-formed axles boxes hiding in that cast iron bar? All I needed to do was keep cutting lumps off until I found them.

Here it is in mid- October 2005, now painted black, and about to set off for a couple of laps pulling 14 people (the photographer, myself, and 1 other got on board after taking this shot). 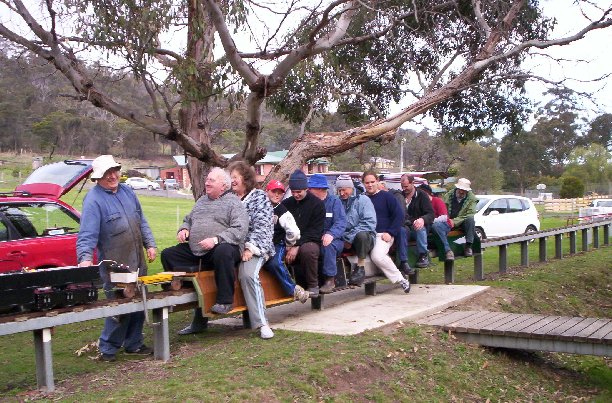 Pictured here again in May 2006 at the Ulverstone club, with Graham Lane driving. I have now added the beginings of the bodywork and a dummy fuel tank. The tank is full of steel & lead ballast which takes the weight up to around 200kg- should help the traction somewhat! 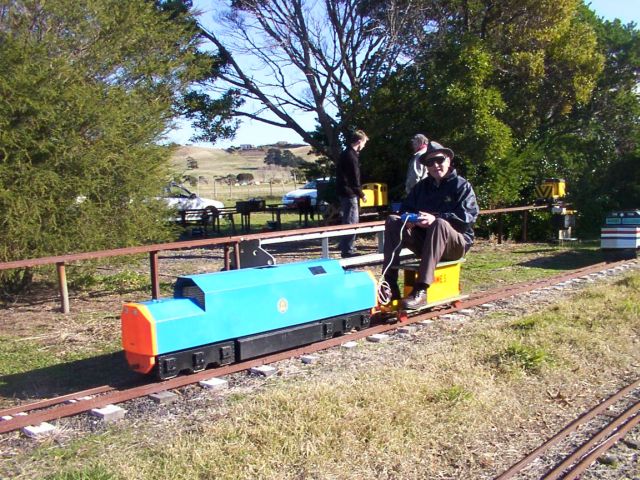 A few words on the construction of Juggernaught.

Number of visitors to this page so far: